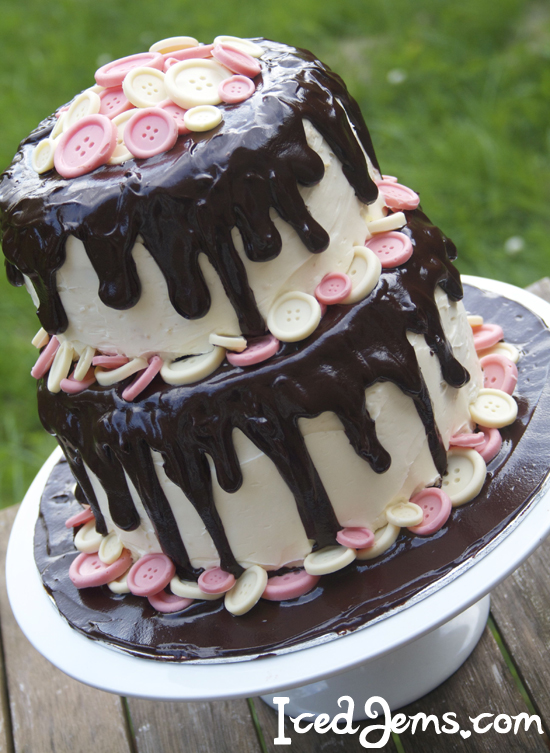 I made this cute Button covered Cake for a friends Birthday this weekend! The awesome Silicone Buttons Mould is available here! 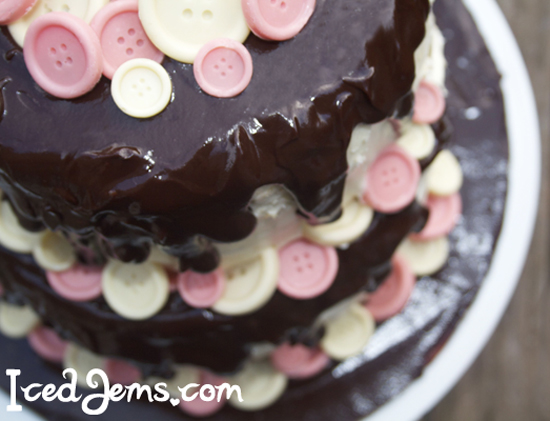 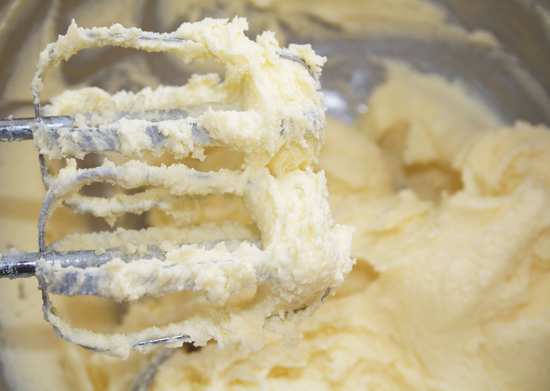 Preheat your oven to 175 degrees and lightly grease your cake tins (I used 5 tins, 3 x 8 inch and 2 x 6 inch). To make the cake mix just cream together the butter and sugar, then add the eggs, milk and vanilla essence mixing thoroughly. 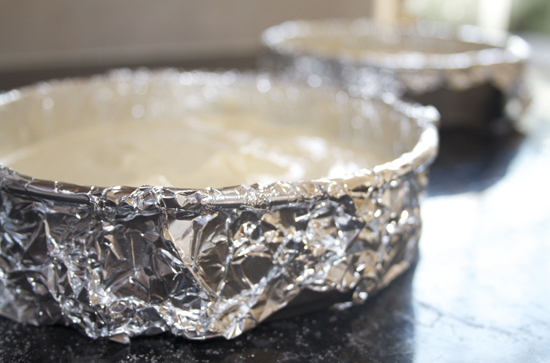 Add in the flour and mix again until you have a nice thick mixture. Pour the mix into your cake tins then pop into the oven for about 25 minutes until golden brown.

While your Cakes are cooking, you can make your buttons, using one of these awesome moulds! You can click here to get one. 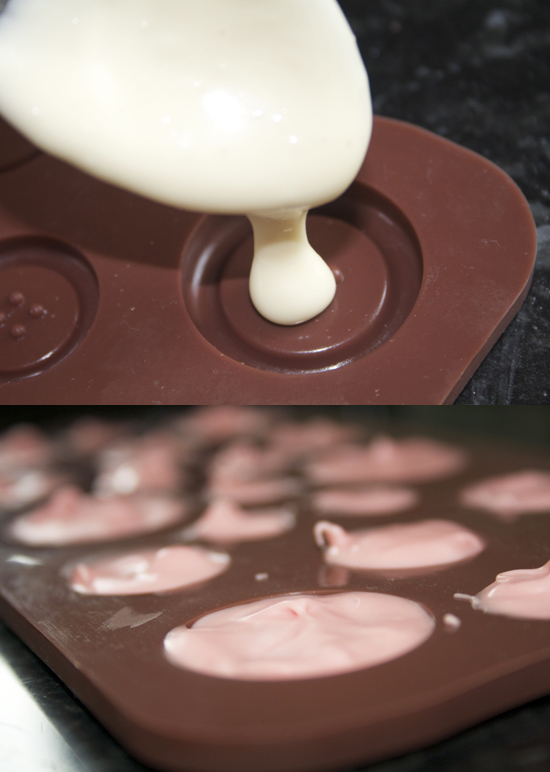 I melted white chocolate and pink candy melts then simply poured them into the mould and put them in the fridge to set. You will need a to fill the mould a few times to make enough buttons for this cake. 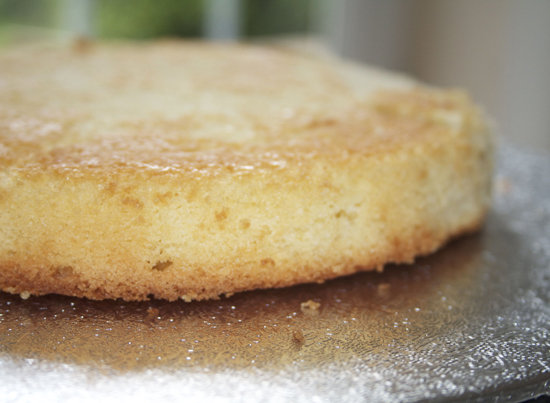 Once you have removed the cakes from the oven and they are cool, you can start to layer them. Pop a little frosting onto a Cake Board to stick the first layer on. 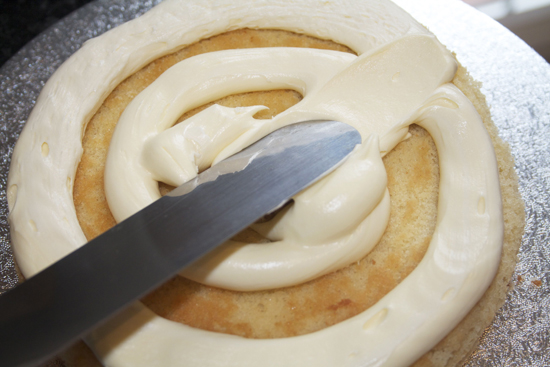 Pipe a layer of frosting over you first layer, I like to do a swirl and then spread it around with a palette knife. 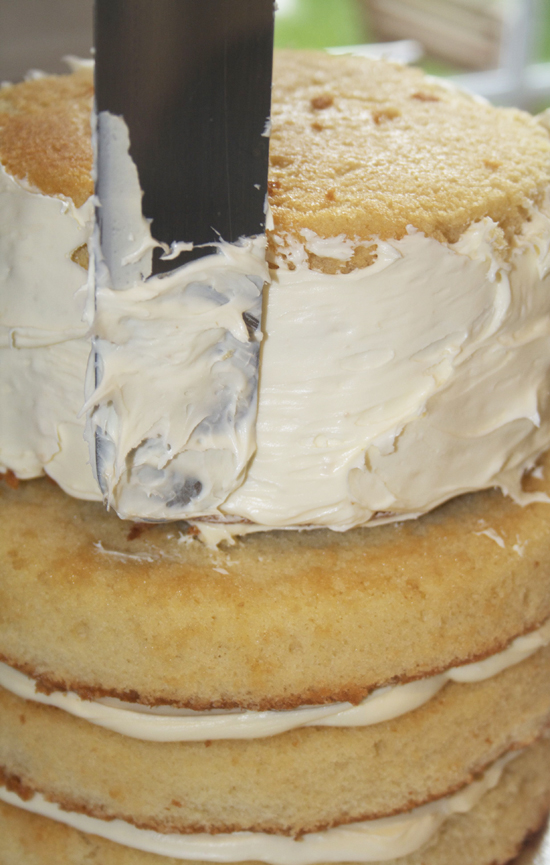 Do this to each layer, then start to spread the frosting around the edges using your palette knife (don’t worry about doing the top). 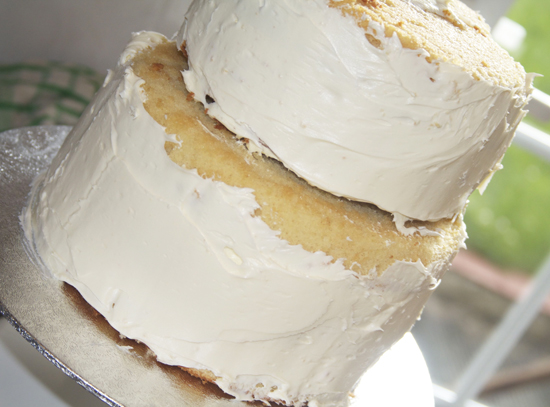 Once frosted it should look like the picture above, the brilliant thing about this cake is that you don’t have to worry about getting the frosting perfect as you will be pouring chocolate ganache all over it! 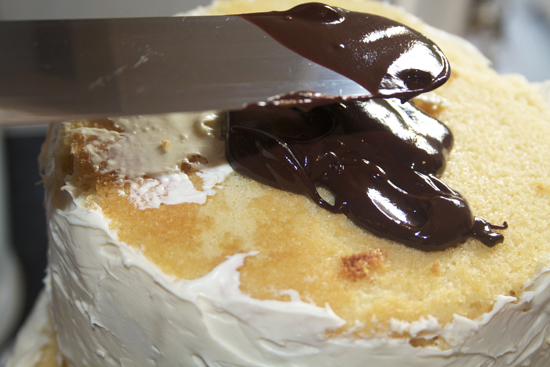 To make your ganache (this will be very thick ganache), boil your cream in a glass bowl over a saucepan of water. Once the cream starts to bubble, take of the heat and stir in the chocolate until you have a nice thick ganache. Allow to cool for a little while, then spread over the top of your cake. 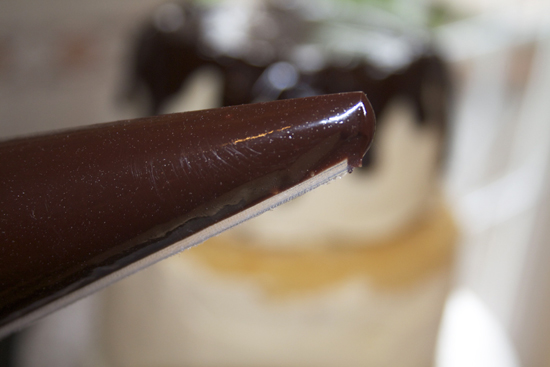 Once the top layer is covered, fill a piping bag with the rest of your ganache and pipe small amounts near the edges so they drip down. 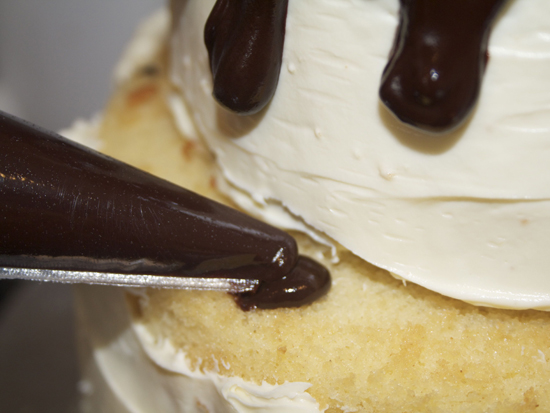 Pipe the second layer down next, the ganache drips down really nicely – just pipe large blobs near the edge and watch them trickle down! I also put a little ganache on the cake board and spread it over. 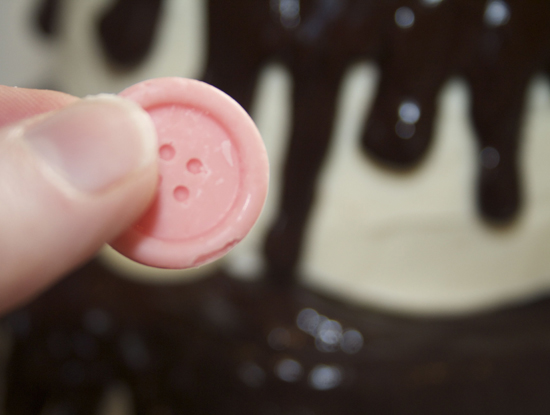 Now all you have to do is decorate your cake with the Chocolate Buttons you made earlier! 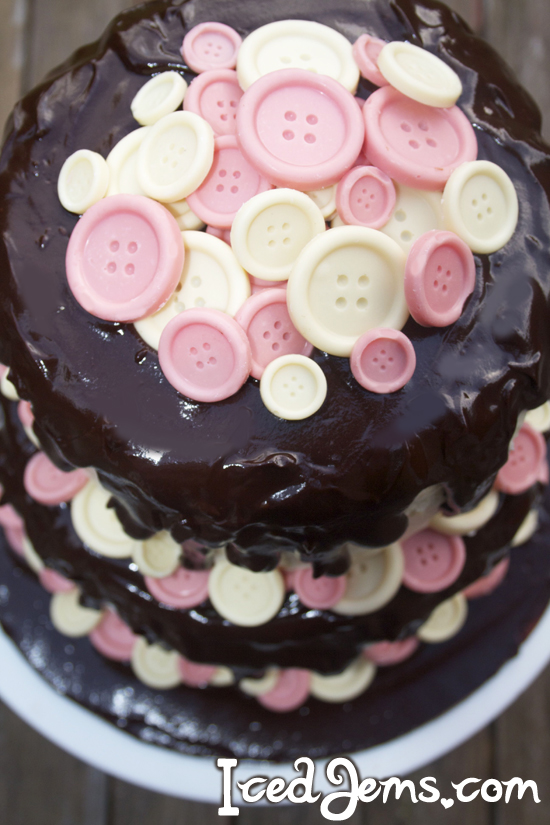 Place them on in a random fashion, I did a pile on top, then lined the bottom of each layer with a row.

Easy Peasy! I hope you enjoyed this tutorial!