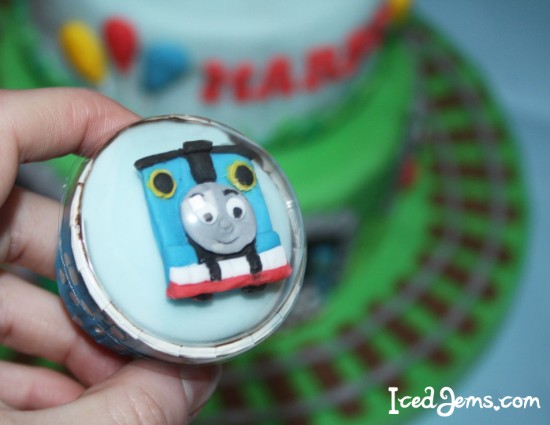 I happen to know a 2 year old who is obsessed with Thomas the Tank Engine! When I was asked to make his birthday cake, I couldn’t resist making these cute little cupcakes to go with it, complete with clip on lids for the baking cups so the kids could take them home! The Mini Baking Cups and Lids are from my online shop. 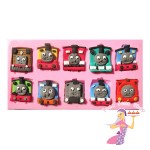 [/one_third] [two_third_last]I made this mini Thomas and Friends Faces using this super cute mould from my shop (just £6). There’s a tutorial below for you follow for using the mould, but the method can be used for all the moods in my shop. If this is too fiddly for you, you can always just push white icing into the mould and paint the details on using edible ink pens.

The following tutorial is for making the Thomas Character Face, but the method can be applied for the other faces using different colours. 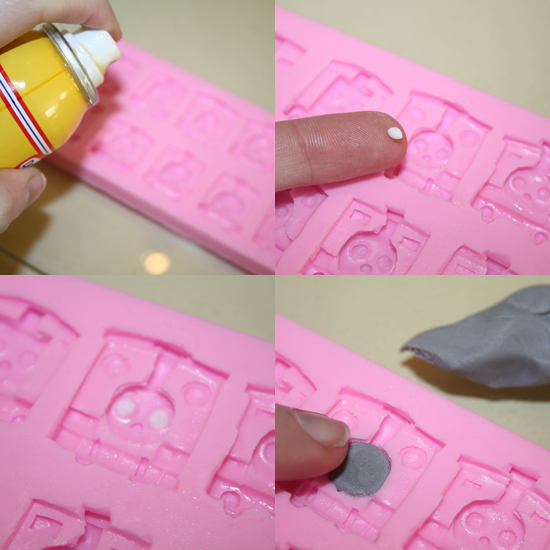 Start by spraying your Mould with a little cake release spray (this is similar to fry light and makes it much easier to remove the icing from your mould).

I actually used regular Sugarpaste Icing in this mould, but you could also use modelling paste or florist paste, or even melted chocolate.

Start by rolling two tiny balls of white icing and pushing into the space for the eyes. Follow with a larger ball of grey icing and push in for the face. 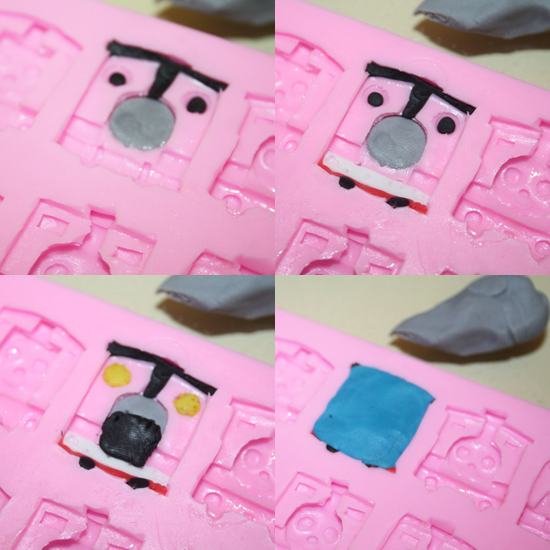 Now add the black details with black icing around the top of the cavity, the middle and for the wheels at the bottom.

Add a strip of red and white at the bottom, then fill the rest of the mould with blue and push down firmly. 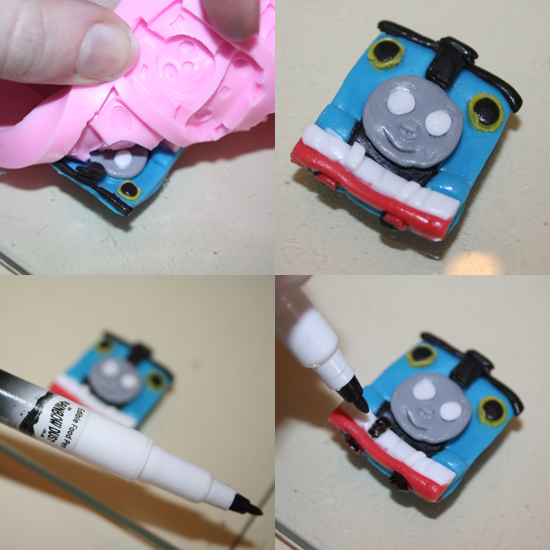 Now for the fun / scary part! Turn your mould over onto a flat surface (onto greaseproof paper is best) and slowly peel back the mould, leaving the Thomas Decoration on the surface. If any details stick, you can gently release them with a cocktail stick, but if you used cake release spray then it should fall out easily like mine did.

For the final details, use a Black Edible Ink Pen and draw on dots for the eyes, eyebrows and further detail at the bottom. 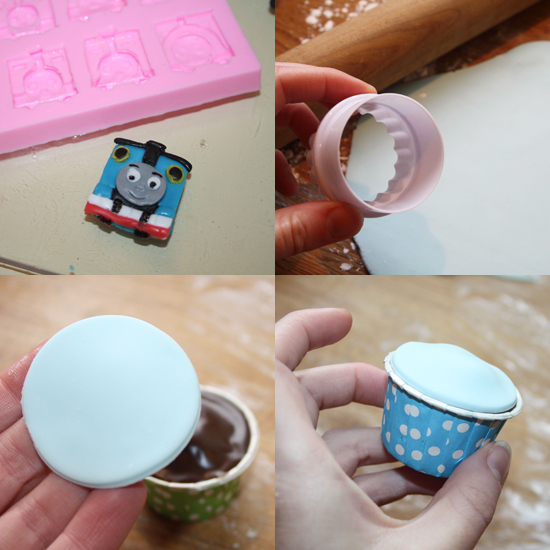 Now your Mini Thomas is complete, leave him out to dry and harden for a few hours if you have time.

To add to your cupcakes, I simply rolled out small circles of light blue sugar paste and placed them over iced mini cupcakes.

Then add your Thomas creation using a little edible glue or tiny amount of water. 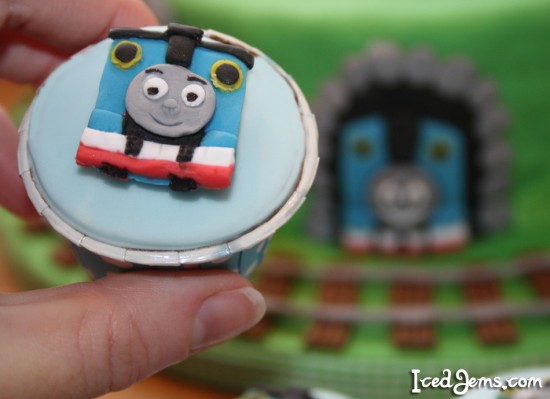 And there you have it, a cute Thomas the Tank Engine Cupcake (with the larger cake I made hiding in the background). 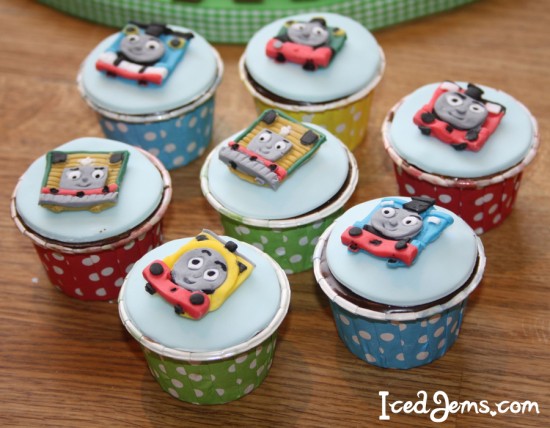 Now you’ve mastered Thomas, why not take a go at his friends? I made all these using the mould! 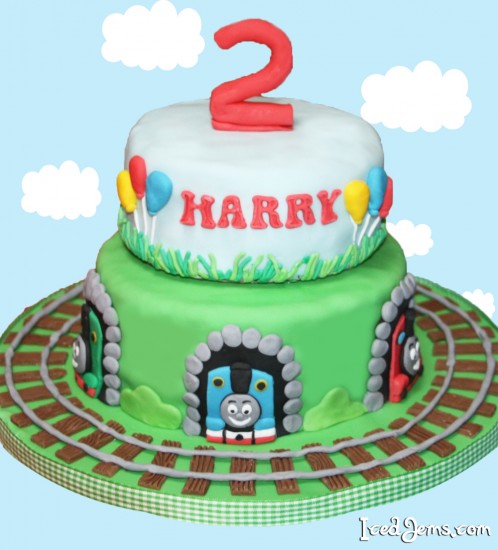 And here is a look at the bigger cake I made, unfortunately I didn’t have enough hands to make a tutorial for this!